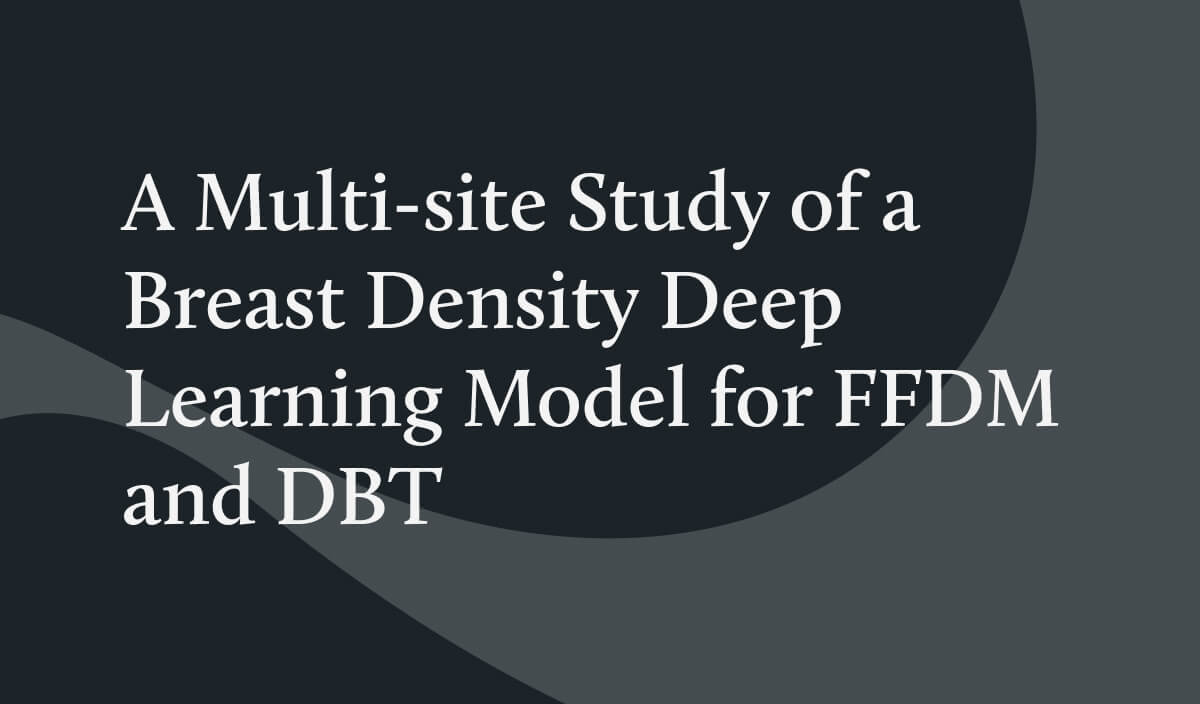 Read more about how our BI-RADS breast density DL model demonstrated strong performance on mammography and tomosynthesis-based images from two institutions without modification and improved using a few images for site-specific localization.

Bringing humans and AI together to improve mammography outcomes

Thank you! Your submission has been received!
Oops! Something went wrong while submitting the form.